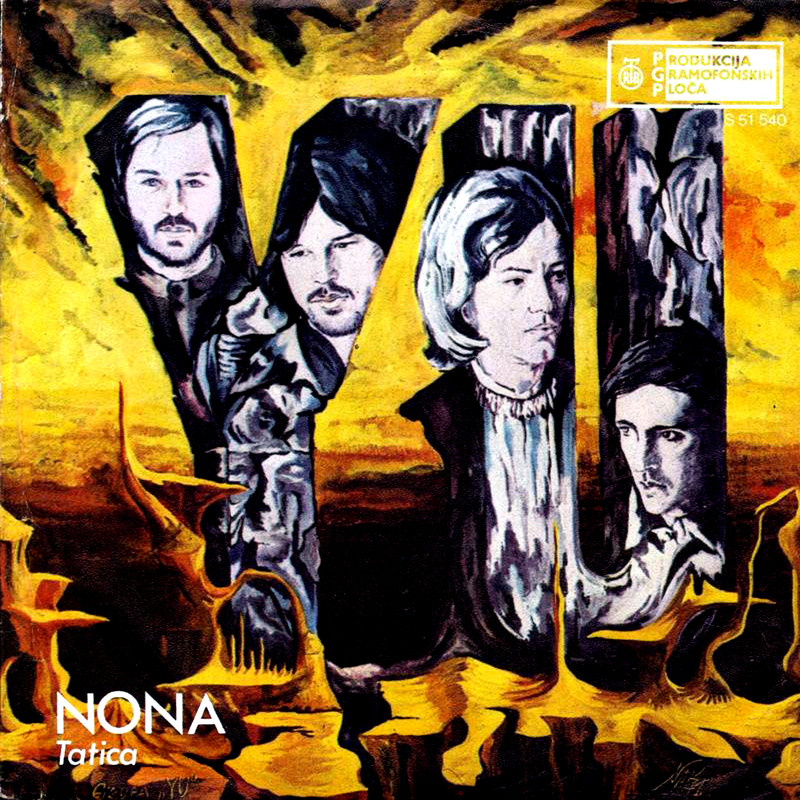 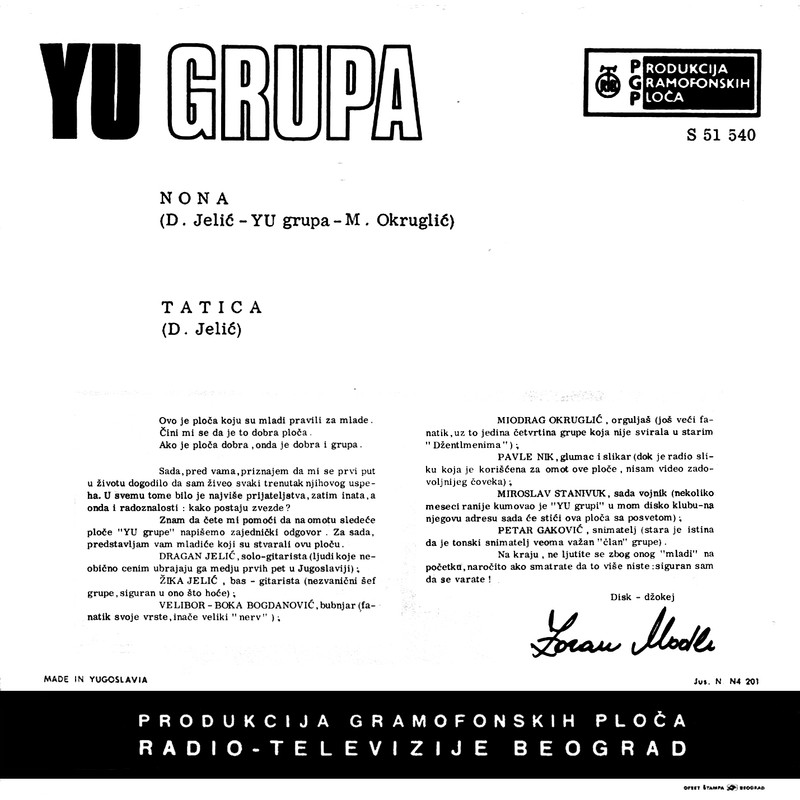 Their first song, "Nona", was recorded at the end of December. The song was inspired by folk music of Kosovo, and recording it YU GRUPA became one of the pioneers of combining rock and folk music elements on the Yugoslav rock scene. Their first concert was organised by chess master Nikola Karaklajić and journalist Peca Popović, editors of the Radio Belgrade show "Veče uz radio". The concert was held in Dadov theatre on January 21, 1971. During the year they held a great number of concerts, mostly in Serbia. They recorded fourteen songs for the needs of Radio Belgrade, part of those songs later released on their vinyl singles. All the copies of their first single "Nona" were sold immediately after the release, but PGP-RTB refused to release a new number of copies, so YU grupa moved to record lebel Jugoton from Zagreb. (from wikipedia)
Objavio/la lajso u 00:13