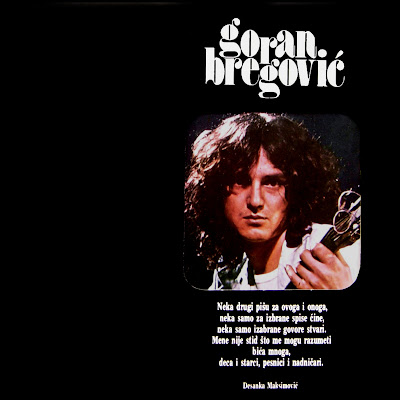 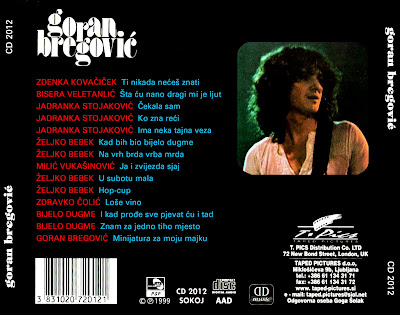 "Goran Bregović" is a self-titled album by GORAN BREGOVIĆ, released in 1976 in-between the band's second album "Šta bi dao da si na mom mjestu" and third album "Eto! Baš hoću!". Although the title and sleeve announce it as a solo Goran Bregović record, album is actually a conceptual smorgasbord of different new and recycled material. It consists of five Goran Bregović-composed songs that were never previously released or recorded. They were recorded specifically for this album with Zdenka Kovačiček, Bisera Veletanlić, Jadranka Stojaković, and Milić Vukašinović on vocal. Two already released Bijelo dugme songs (arranged in a slightly different manner this time and re-recorded with Jadranka Stojaković, and Zdravko Čolić on vocals, respectively, instead of the band's singer at the time Željko Bebek), four Bebek-sung tracks, recorded 4 years earlier in 1972 during Bijelo dugme's previous incarnation as "Jutro". Two of those tracks were already released in 1973 on Jutro's single and the other two were being heard by the wider public for the first time on this album. (from wikipedia)
Objavio/la lajso u 00:59