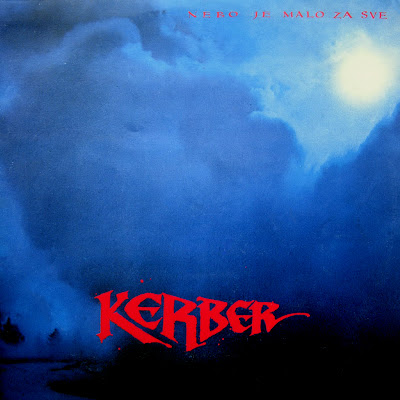 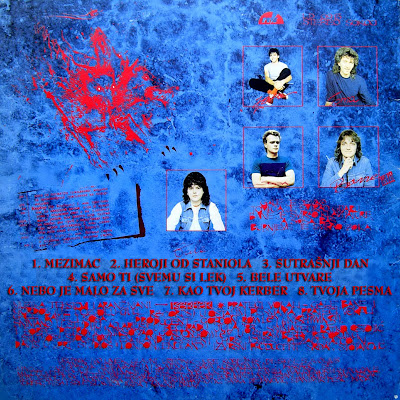 In May 1983, KERBER won the first place at "Omladinski Festival" in Subotica with the song "Mezimac". In July 1983, Kerber recorded their debut LP "Nebo je malo za sve", mixed in Strawberry studio in Manchester, with Nightwing's bass guitarist Gordon Rowley as the producer. Malcolm Davies, who used to work with The Beatles on the "Abbey Road" album, also worked with Kerber during "Nebo je malo za sve" recording. In December 1983 Kerber was an opening band on Uriah Heep, Ten Years After and Nightwing concerts in Yugoslavia. At about the same time, Kerber's "Nebo je malo za sve" was released, bringing hits "Mezimac", "Nebo je malo za sve" and "Heroji od staniola". The album was released by ZKP RTLJ and immediately became successful, with 10,000 copies sold during the first week. (from wikipedia)
Objavio/la lajso u 07:11