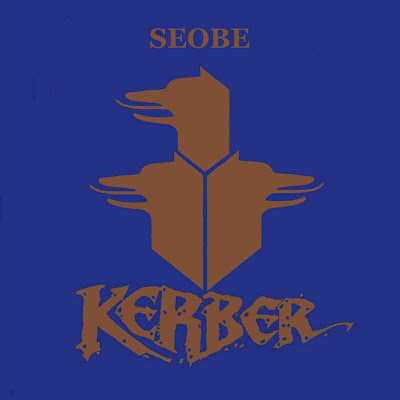 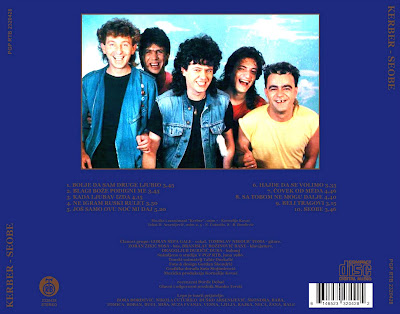 The original members of KERBER were Goran Šepa "Gale" (vocals), Tomislav Nikolić (guitar), Branislav "Bane" Božinović (keyboard), Zoran Stamenković (drums) and Zoran Madić (bass). In 1981, formerly known as Top, the band changed its name to Kerber. In November 1981 Kerber had its first official concert in "Muzički klub" in Niš. During 1982 the band had numerous concerts in Niš and Serbia, while working on the material for their first album. In early spring of 1982, Madić left the band due to his army obligations. He was replaced by Zoran "Sosa" Žikić who had an attractive on-stage performance: he played an axe-shaped guitar and performed fire breathing. In May 1983, Kerber won the first place at "Omladinski Festival" in Subotica with the song "Mezimac". In July 1983, Kerber recorded their debut LP "Nebo je malo za sve", mixed in Strawberry studio in Manchester, with Nightwing's bass guitarist Gordon Rowley as the producer. Malcolm Davies, who used to work with The Beatles on the Abbey Road album, also worked with Kerber during "Nebo je malo za sve" recording. In December 1983 Kerber was an opening band on Uriah Heep, Ten Years After and Nightwing concerts in Yugoslavia. At about the same time, Kerber's "Nebo je malo za sve" was released, bringing hits "Mezimac", "Nebo je malo za sve" and "Heroji od staniola". The album was released by ZKP RTLJ and immediately became successful, with 10,000 copies sold during the first week. In January 1984, during the tour through Macedonia, first Žikić, and then Stamenković contracted infectious hepatitis, so in March, during the Kerber's performance at the music festival in Opatija, Stamenković was temporarily replaced by Generacija 5 drummer Boban Đorđević and Madić briefly re-entered the bass player's post for this occasion. Despite the good performance, Kerber did not fit well in the pop format of the Opatija festival with their hard rock sound. After returning to Kerber, Žikić continued with his on-stage performance. On May 19, 1984, during the band's open air concert in Novi Sad, he got second-degree burns while attempting to breathe fire under windy conditions. He continued the concert despite doctor's advice, and later on continued the tour with bandages on his face. After this accident other members forbade Žikić to continue performing the fire-breathing act. In June 1984 Kerber was an opening act for Nightwing concerts in Yugoslavia. In August drummer Zoran Stamenković returned to the band for the summer performances in Greece. In December 1984 Kerber traveled to England to record their second album, "Ratne igre". The album was recorded in Saughall, and the producer was once again Gordon Rowley from Nightwing. During their staying in England, Kerber performed in Liverpool and Chester. An English language version of "Mezimac" entitled "Get Me Out" was recorded on their concert in Liverpool and included on the album. In May 1985, only a week after "Ratne igre" was released, Stamenković went to serve the army and Boban Đorđević replaced him once again. In May 1985 Kerber performed on "Marakana" at a concert which was a part of YU Rock Misija. In October of the same year, drummer Boban Đorđević was replaced by former Mama Co Co, YU grupa and Leb i Sol member Dragoljub Đuričić. In November Kerber was awarded with "Smeli cvet", an award which was given by League of Communist Youth of Serbia for contribution to rock music. In July 1986 keyboardist Bane Božinović was replaced by Milorad Džmerković, former member of Slomljena Stakla and Peđa D'Boy band. In 1986 Kerber recorded their third studio album, "Seobe", which was produced by Kornelije Kovač. "Seobe" included numerous hits: "Hajde da se volimo", "Čovek od meda" (which featured Riblja Čorba frontman Bora Đorđević on vocals), ballads "Kad ljubav izda" (which featured a quotation from Pero Zubac's poem "Mostarske kiše") "Još samo ovu noć mi daj", power ballad "Bolje da sam druge ljubio and the haunting ballad "Seobe". Following the success of "Seobe" Kerber performed more than 200 concerts across Yugoslavia. In 1988 the band released album "Ljudi i bogovi", produced by Đorđe Petrović. Major hits were "Svet se brzo okreće", "Od srca daleko" and ballad "Na raskršću". In the summer of the same year, Žikić left the band, and was replaced by former Bulevar, Suncokret and Idoli member Branko Isaković. On December 12, Kerber recorded their first live labum "121288". The album was not well received and after its release the band members made a two-year break. At the end of 1990, the band released their fifth studio album "Peta strana sveta", which was produced by Saša Habić. For a retrospective evening of Belgrade Spring Festival, Kerber recorded a cover of Zdravko Čolić's song "April u Beogradu". After this event, the band made a long break in their work, during which they recorded music for the theatre play "Blues smile". At the beginning of 1996 band released "Zapis". The album introduced new members: Saša Vasković (bass guitar), Josip Hartl (drums), Vladan Stanojević (acoustic guitar), and Goran Đorđević (percussion). In January 1996 they held an unplugged concert in Studio M in Novi Sad. The recording of this concert was released on the album "Unplugged". In 1998 the band released two compilation albums: "Antologija 1983–1998 I" and "Antologija 1983–1998 II" with the detailed overview of their work. In 1998 Kerber celebrated their 15th anniversary with a concert held in Niš fortress. The song "Sveti Nikola" was recorded and soon found its way to radio stations, but the recording of the album was postponed. In 1999 Kerber performed as an opening band on Ronnie James Dio concert in Sofia and soon after went on hiatus. During the 2000s Kerber, although officially still active, performed occasionally only. On February 9, 2006, the band reunited for the first time after twenty-three years in its original lineup to perform in the building of Serbian National Theatre in Novi Sad. In 2009 PGP-RTS released the Kerber box set entitled "Sabrana dela". The box set features all six Kerber studio albums on CDs and the song "Sveti Nikola" on the seventh disc. In July 2010 the band announced the release of their new studio album during the year. (from wikipedia)
Objavio/la lajso u 00:14