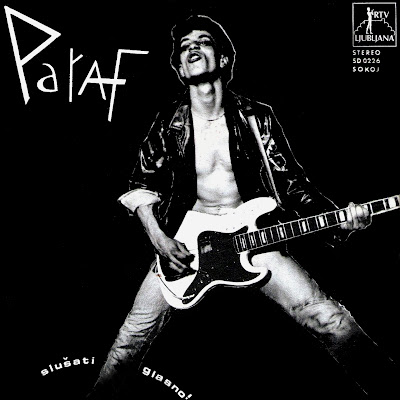 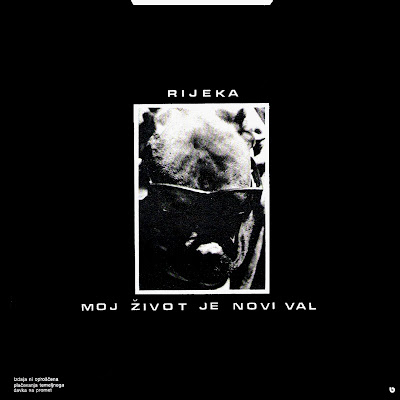 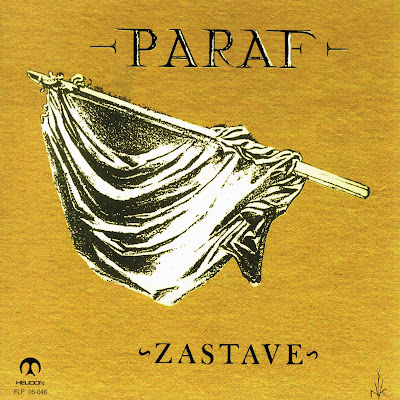 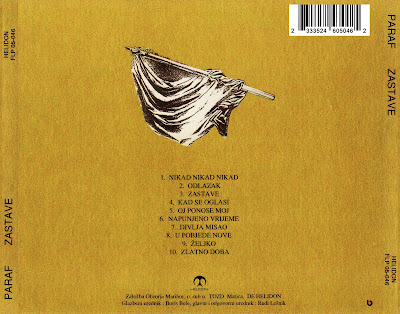 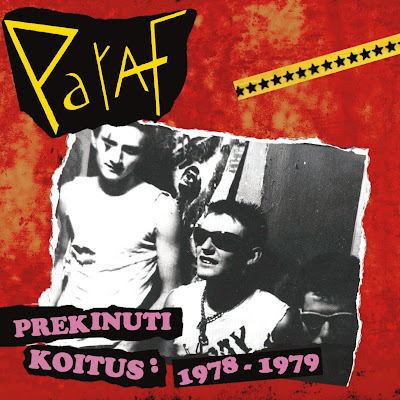 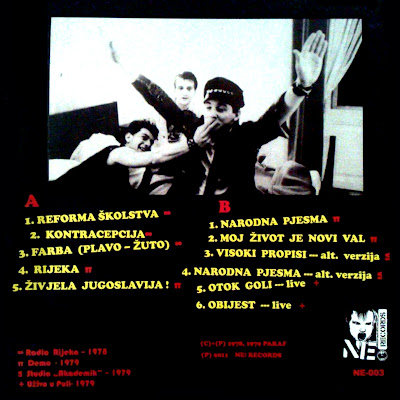 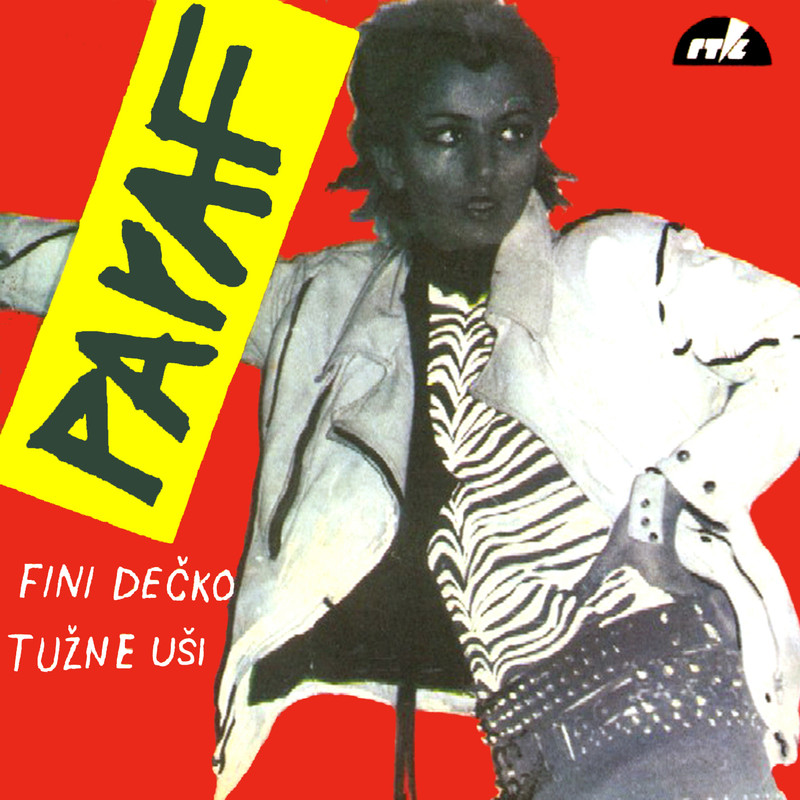 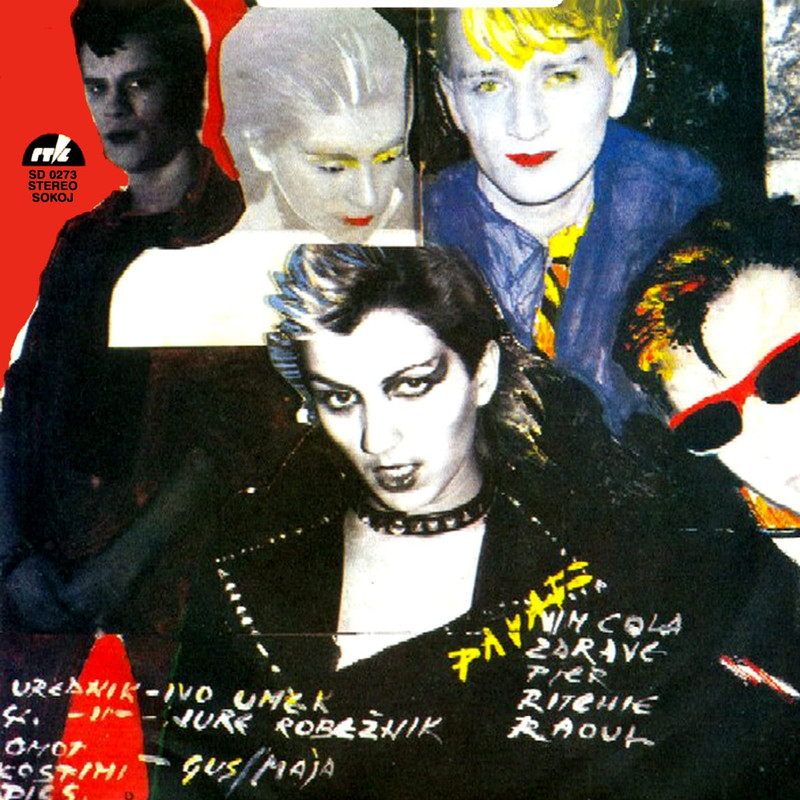 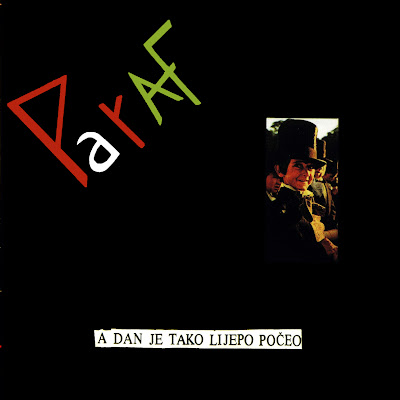 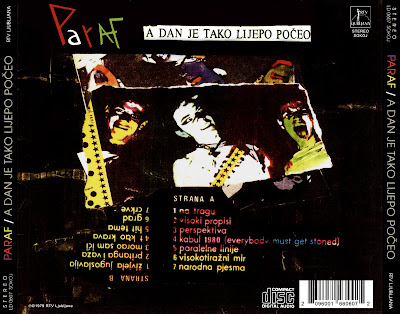 PARAF is a punk rock and later post-punk band from Rijeka, Croatia, known as one of the pioneers of punk rock in the former Yugoslavia. Following the expansion of punk rock in Europe, teenagers Valter Kocijančić (guitar, vocals), Zdravko Čabrijan (bass) and Dušan Ladavac "Pjer" formed Paraf during the late 1977. The band had their first live appearances at the Rijeka high-schools along with the bands of similar musical orientation, Termiti, Protest and Lom. During the late 1978, the band started performing frequently, even outside Rijeka. They played in Ljubljana, Beograd, Zagreb. The band also performed at the Novi Sad Boom festival, as well as an opening act for The Ruts concert in Zagreb. In 1979, they released their debut single "Rijeka", a cover version of the Ramones song "Chinese Rocks", but Kocijančić signed as the song author in order to test the Yugoslav critics of the time. Despite the intention, it was the Džuboks magazine journalist Petar Luković who recognized that the song was a cover version. The band also appeared on the various artists compilation album Novi punk val 78-80, released in 1980, with the song "Narodna pjesma". After several delays, the band debut album "A dan je tako lijepo počeo"was released by ZKP RT Ljubljana during the spring of 1980. Due to the explicit lyrics, the album was taxed as kitsch despite the fact that a part of the lyrics had to be changed and the band had to use an alternate album cover. Following the punk rock ideology, the band discussed several themes which were at the time new to the Yugoslav rock: the songs featured ironic usages of communist slogans, mocked, at the time, one of the most popular bands, Bijelo Dugme, in the song "Pritanga i vaza", insulting the police in the censored version of "Narodna pjesma", and dealt with social themes typical for a seaside city. The album production was done by the band's close associate Goran Lisica "Fox", assisted by Igor Vidmar. After the album release Valter Kocijančić left the band, later joining the band Istočni Izlaz, until quitting his musical career and becoming a teacher, which is also his current occupation. The new members had become the vocalist Pavica Mijatović, using the pseudonym Vim Cola, and the guitarist Klaudio Žic. The latter soon after left the band and the new members had become the guitarist Mladen Vičić "Riči" and keyboard player Raul Varlen. With the arrival of the new members, the band also changed their musical style, moving towards post-punk, influenced by the popular British bands of the genre. The new musical orientation was presented to the wider audience on the second studio album "Izleti". After a series of promotional concerts, the guitarist Vičić left the band, being replaced by a former Termiti member Robert Tičić. The new lineup started recording the third studio album, and during the period in between the recording sessions and the album mixing the twenty-two-year-old Tičić got a flow of blood onto the brain which was fatal to him. His replacement was the guitarist Mladen Ilić, later the founder of the band Psi. The album "Zastave", released in 1984, featured lyrical themes related to the near history, influenced by Miroslav Krleža. The album was produced by the band themselves with the Borghesia member Aldo Ivančić. Despite offering a serious release, especially in the tracks "U pobjede nove" and "Zlatno doba", the album, due to being uncommunicative, was not well accepted by the audience. The band existed until 1986 when they disbanded. Pavica Mijatović and Zdravko Čabrijan got married and moved to Krk where they started a tourist business. Drummer Dušan Ladavac joined Let 2 but left the band before it evolved into Let 3. The original Paraf lineup reunited in 1994 in order to perform at the Ri-Rock festival, the third Fiju Briju festival, as well as to perform several solo concerts. In 1996, Kocijančić performed the song "Rijeka" with the ad hoc group Blagdan Band, and the recording of the song appeared on the live album "Pallach's not dead". The original lineup reunited again on December 13, 2003, and the recordings of the songs "Rijeka" and "Hit tema" from the performance were released on the various artists live album "25. Ri-Rock", released by Dallas Records in 2004. Four years later, in 2008, the band reunited in both the punk rock and post-punk lineups at the promotion of the "Riječki novi val" box set. (from wikipedia) 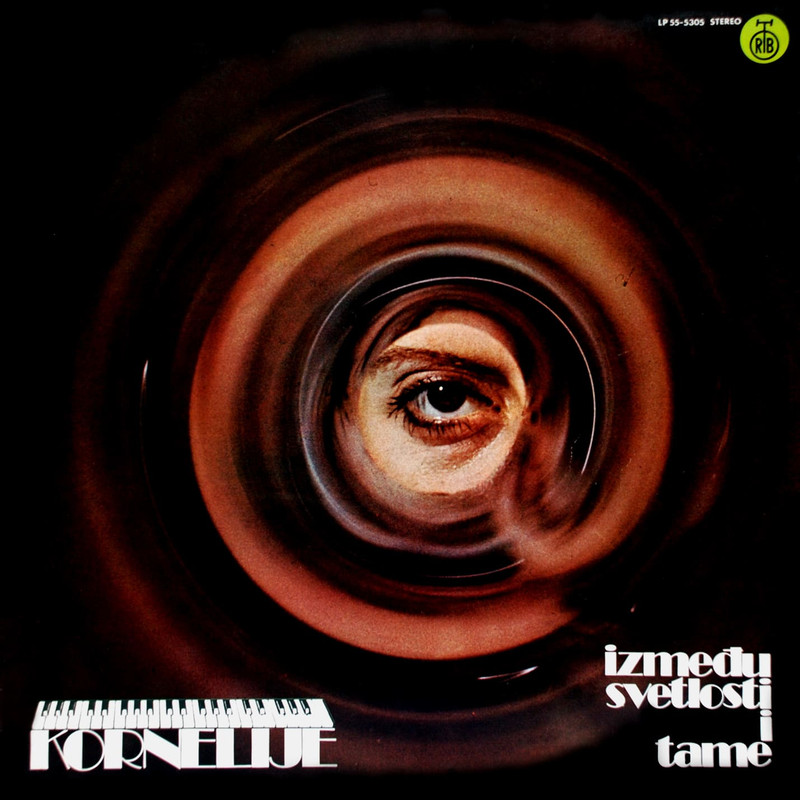 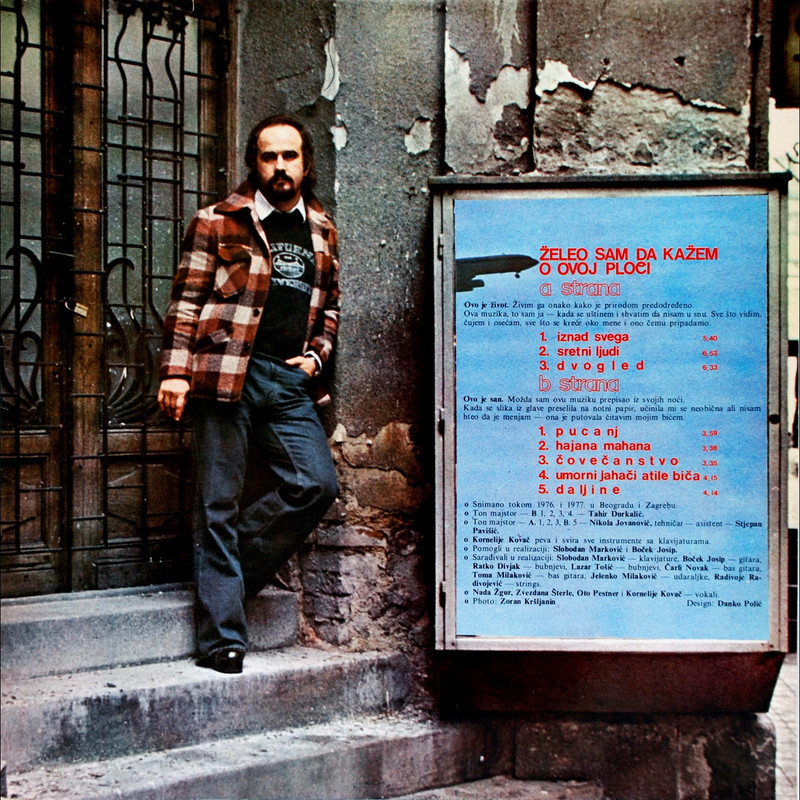 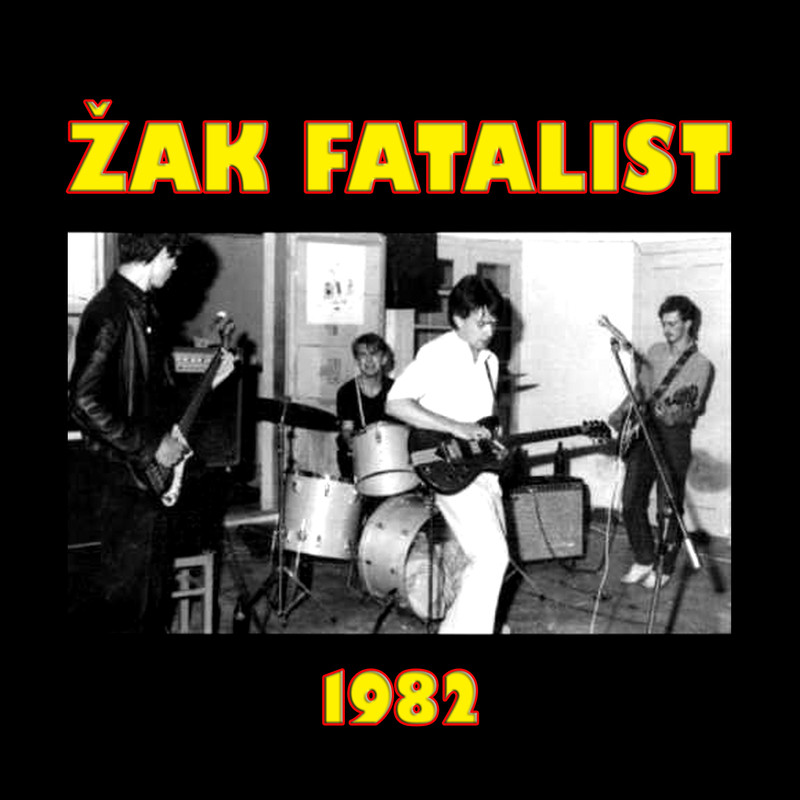 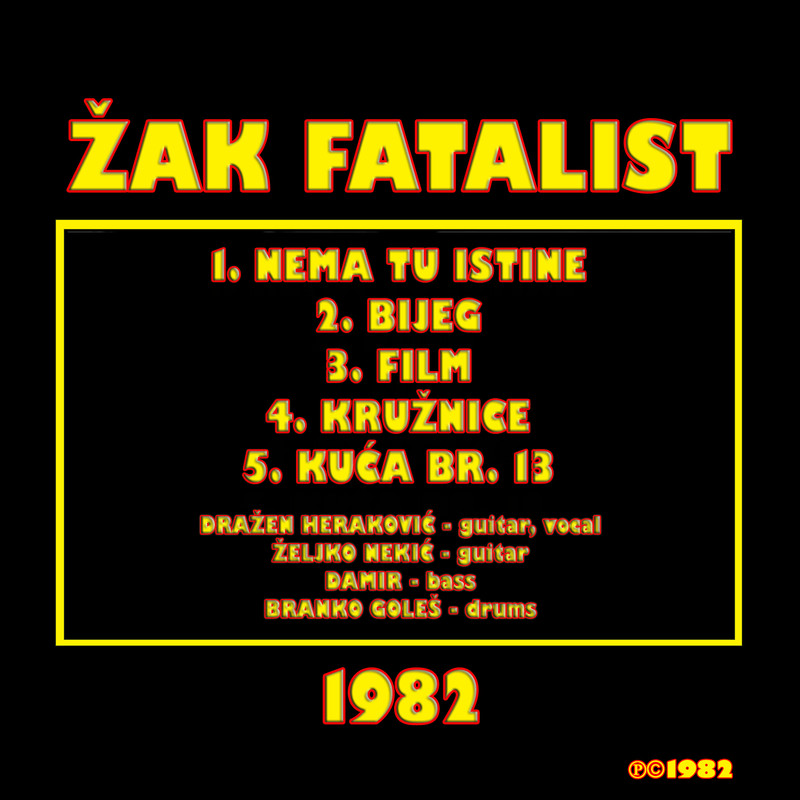 ŽAK FATALIST was post punk rock band from Slavonska Požega (Croatia) in former Yugoslavia. This is their demo recordings from 1982. 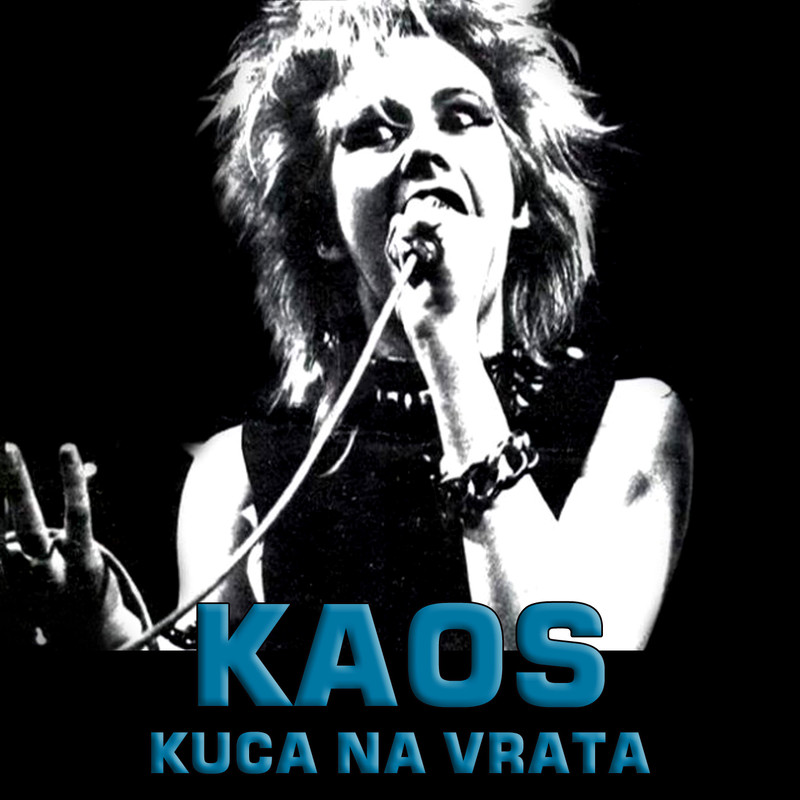 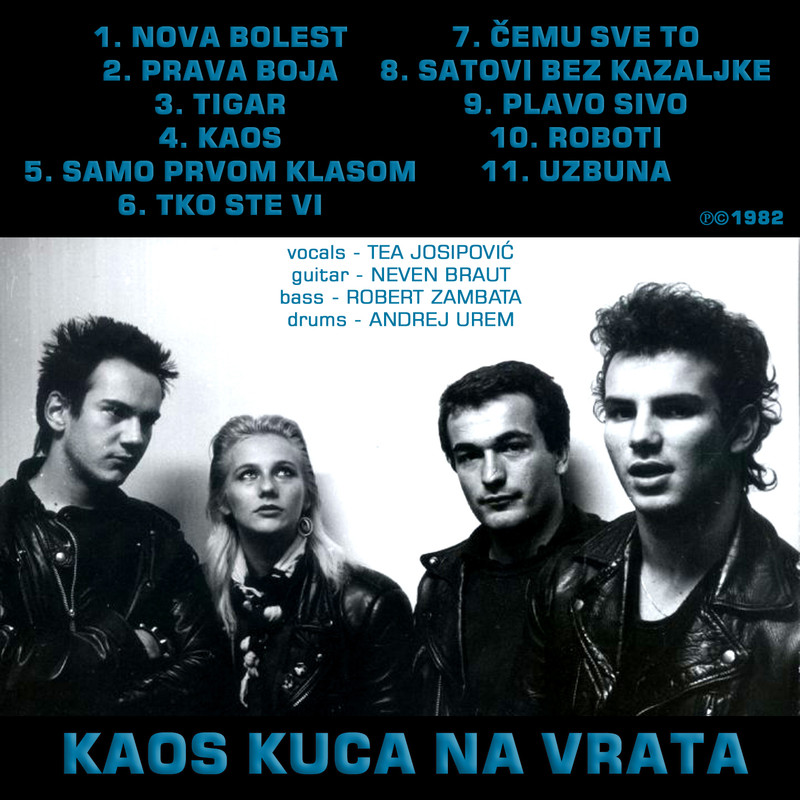 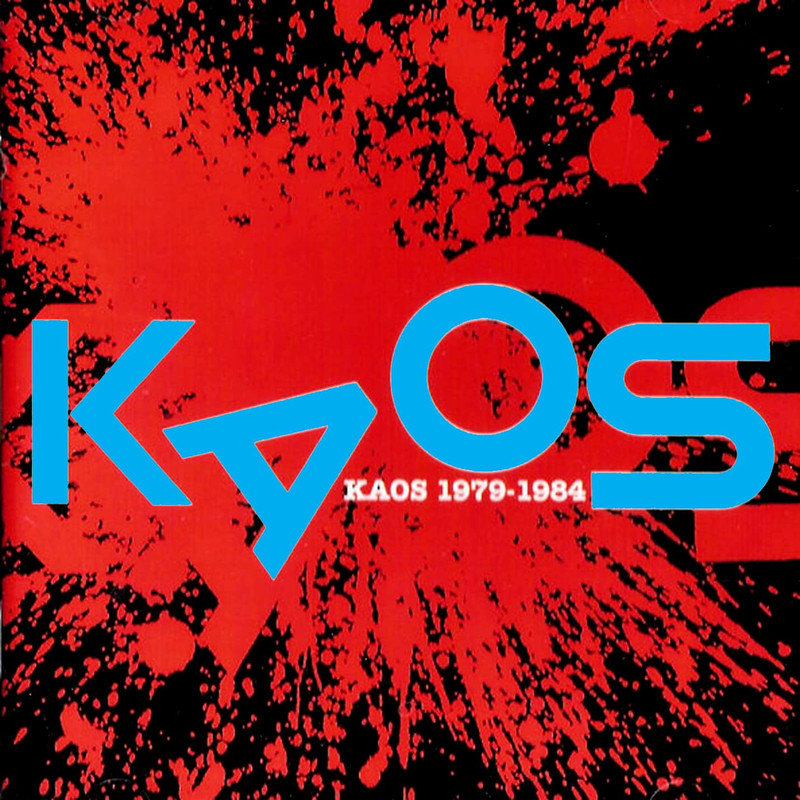 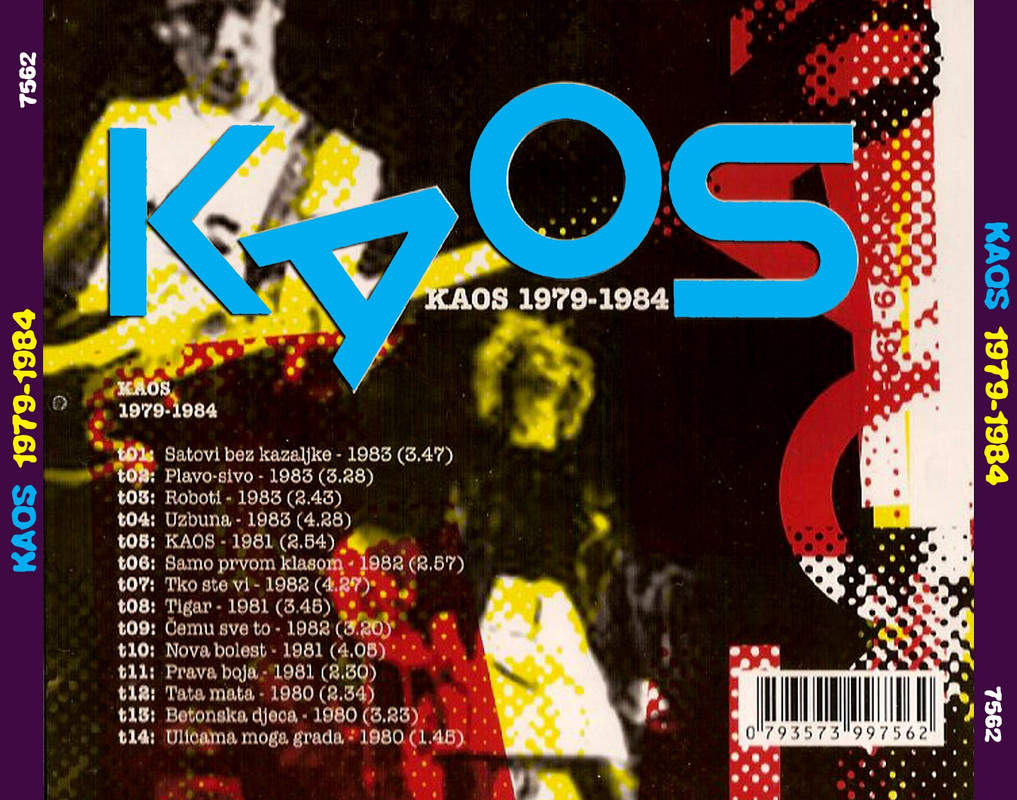 KAOS was founded in 1979, in Rijeka (Croatia) in former Yugoslavia, and active until 1984. With the already famous bands Paraf and Termiti they were the main name of the city punk scene. In the beginning they played simple but powerful songs that quickly became a local hits.Time changed their musical style and the songs became more complex. But they were always energetic and with their defiant lyrics and interesting vocal performance which created the chaotic and very lively artistic expression.The band's sound was dynamic and deliberately unpolished and they had not the slightest desire to "compromise" in terms of their sound, something that could have made them more successful. When V/A "Riječki novi val" would be released, everything was delayed due to Kaos refusal to sign any contract; they were the only band that would not be bound by a contract. Eventually the record was released anyway, even though Kaos had not signed the contract. Something that one can only admire. (from diskunion.net)