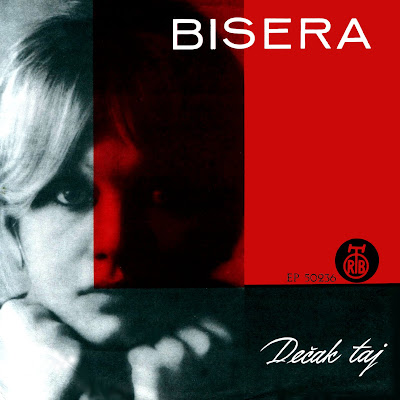 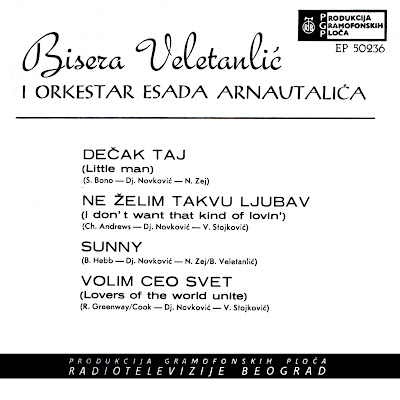 BISERA VELETANLIĆ is pop-rock and jazz singer, one of the greatest names of Yugoslavian evergreen scene and the star of music festivals in 70s. This is her second EP from 1967. 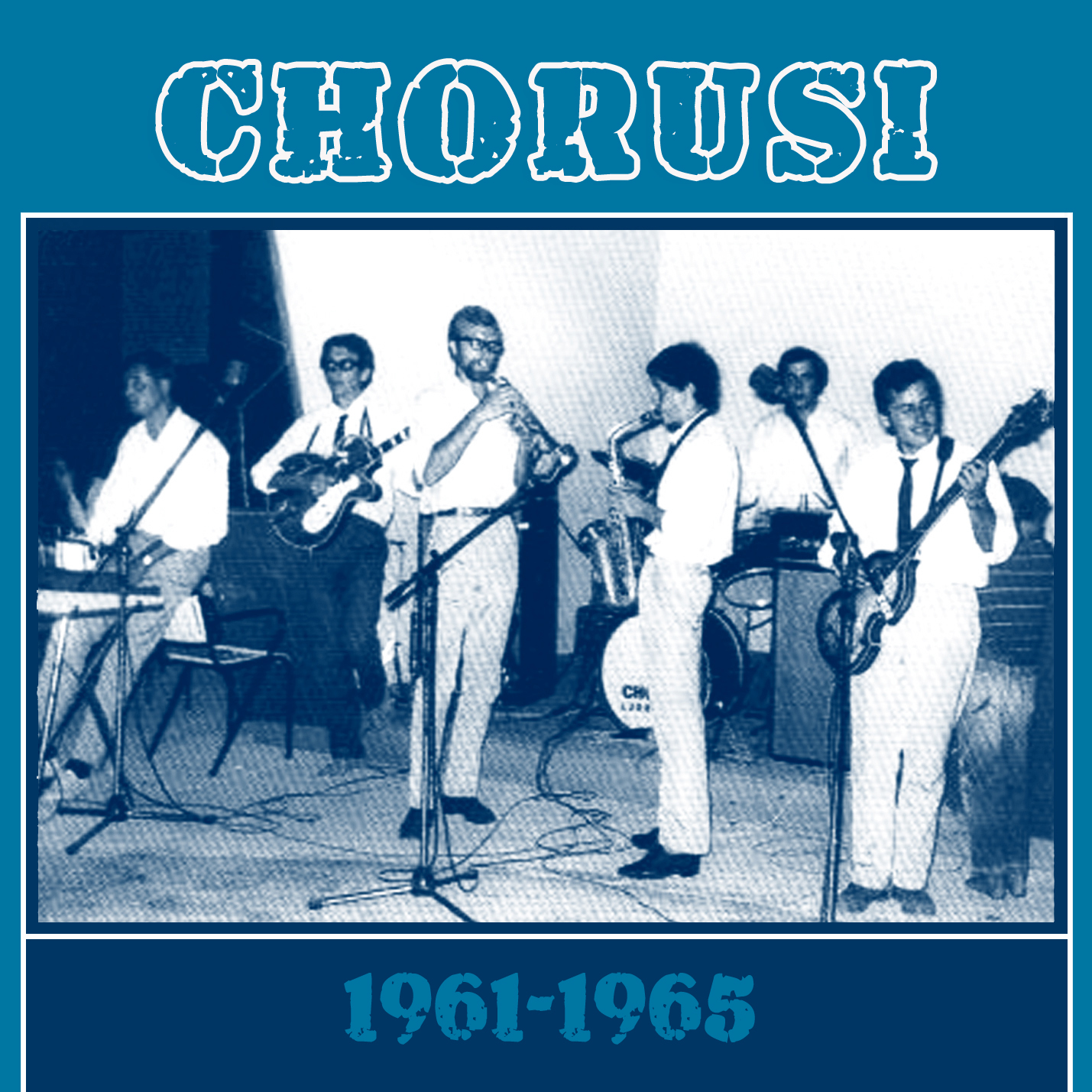 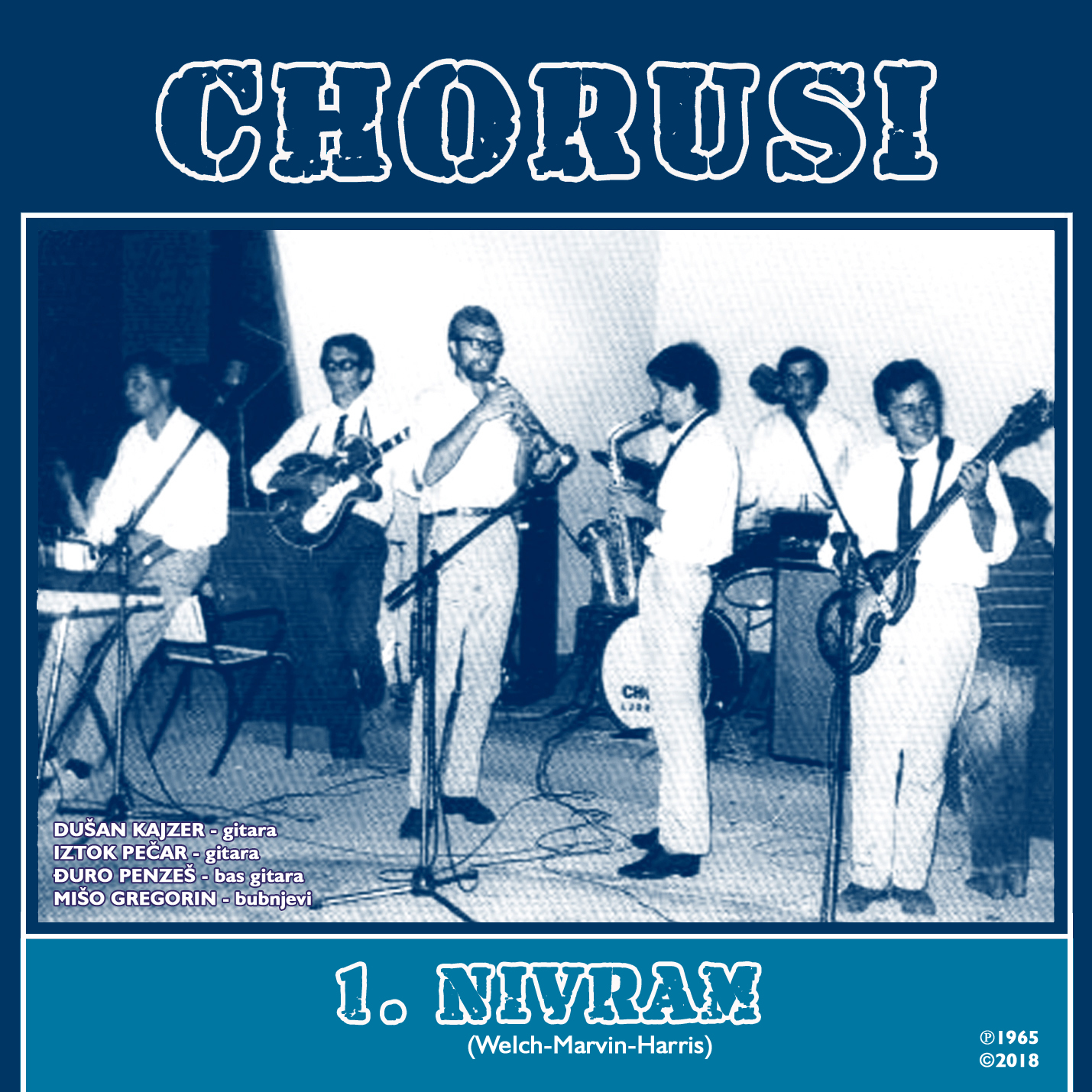 CHORUSI was a rock band from Ljubljana (Slovenia) in former Yugoslavia. This is their cover of The Shadows song "Nivram" from 1965. 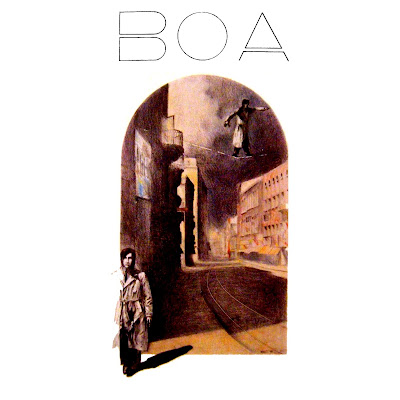 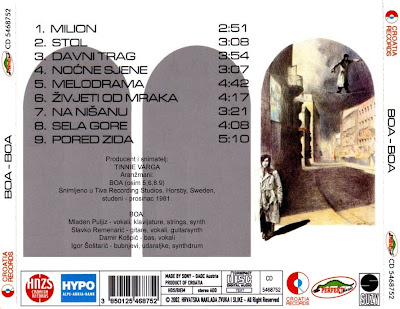 BOA is a Croatian art/rock group, which was especially prominent during the 1980s around the former SFR Yugoslavia. The band's early history started in Zagreb, then SR Croatia in 1974, when its founding members Mladen Puljiz and Slavko Remenarić, switched their interest from classical music to rock music, inspired by art-rock acts such as Yes, King Crimson, Genesis, David Bowie, Roxy Music and Peter Gabriel. The group started its concert activity in 1979 with a line-up consisted of Mladen Puljiz (keyboards, vocals), Slavko Remenarić (guitar), Igor Šoštarić (drums) and Damir Košpić (bass guitar). The band moved towards the then actual New Romantic sound and fashion and after the release of their debut album for Suzy in 1981, they were voted by the readers of the prominent Yugoslav musical magazine Džuboks as the best upcoming act of the year. Their next album "Ritam strasti" followed by around hundred concerts around former Yugoslavia brought them even higher popularity. Despite the fact that their next album "Govor tijela" included some successful hits, the band fell into creative crisis and thus the group halted its activities until 1989 when the group got a new rhythm section consisted of the drummer Paolo Sfeci (former member of Aerodrom and Parni valjak) and the bass player Zvonimir Bučević (prominent session musician). In 1990 the band released the album "Prvi val, and performed as a support act of David Bowie's concert at Maksimir stadium in Zagreb in front of over 50000 people. Two years after, they released the compilation album "81-92" featuring live performances and studio recordings with new arrangements. The CD also included the song "Zemlja", which was recorded in 1991 for the "Rock za Hrvatsku" music project tributed to the Croatian War of Independence. In 1993, a new member of the group is the keyboard player Gojko Tomljanović. In the next year they release the CD "Kraj djetinjstva" featuring guest appearances by prominent artists such as Josipa Lisac, Dino Dvornik and Vanna. The feature song "Kao mir", a duet with Jospia Lisac was nominated in two categories for the prestigious Croatian music award "Porin". In 2002 Croatia Records released the integral versions of the two first albums on CD, which was awarded with "Porin" in the re-release of the year category. Following this success, the band also released a compilation featuring songs from their third and fourth album in 2004 under the title "Kao nekad". All of the songs were remastered and in some of them the authors modified the arrangements. The CD also contains bonus tracks such as "Boa Constrictor", an experimental instrumental, which includes sound effect that Puljiz i Remenarić recorded back in 1974 on their old Grundig 2-track open-reel tape recorder. The group is still active. (from wikipedia)