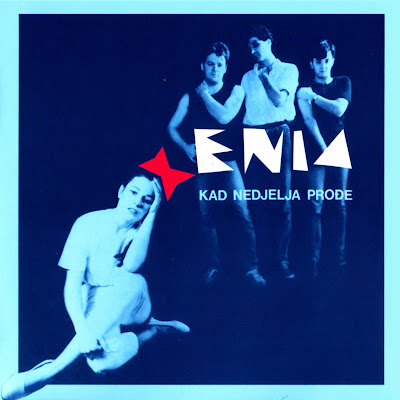 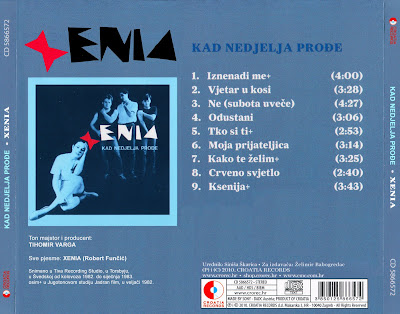 XENIA was a Croatian power-pop band from Rijeka, active in period 1981–1985 in former Yugoslavia. Their discography includes two 7" singles and two studio albums. The band was formed in 1981 by Vesna Vrandečić and Robert Funčić. Debut album "Kad nedjelja prođe" was recorded in “Tiva Recording Studio” in Torsby, Sweden, produced by Tihomir Varga, and was released by Jugoton. Two biggest hits from this album were “Iznenadi me” and “Moja prijateljica”. The line-up on this album was: Vesna Vrandečić (vocals), Robert Funčić (guitar), Marinko Radetić (bass) and Joško Serdarević (drums). The second album, titled "Tko je to učinio?" was recorded in “JM Sound” studio in Zagreb and produced by Vedran Božić. It was released by Jugoton in 1984. All the songs were composed by Robert Funčić and the original line-up was kept. This album brought their greatest hit "Troje", and other notable songs “Svejedno” and “Sasvim slučajno”. The band disbanded in 1985 with only two studio albums released, but is considered one of the most important representatives of the Yugoslav rock music of the '80s. (from wikipedia)
Objavio/la lajso u 05:51