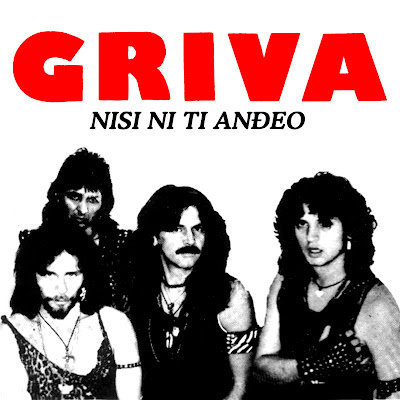 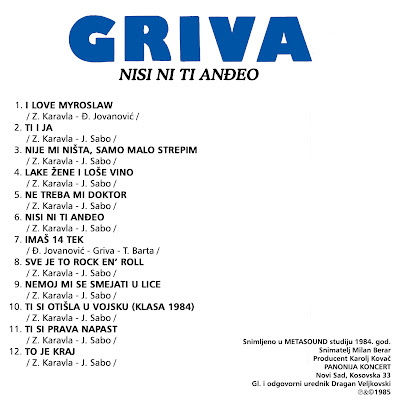 "Nisi ni ti anđeo" is the second studio album released by Serbian and former Yugoslav hard rock band GRIVA, released in 1985. As Jugoton, the record label which released Griva's previous album did not want to release the album, the band released the album through the independent label Panonija koncert. The song "I Law Myroslaw" (the title referring folk music singer Miroslav Ilić) and ridiculing "novokompovana muzika" fans is a cover of Joan Jett & the Blackhearts version of the song "I Love Rock 'n' Roll". (from wikipedia)
Objavio/la lajso u 02:45