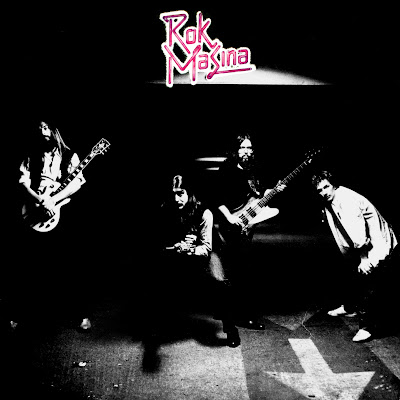 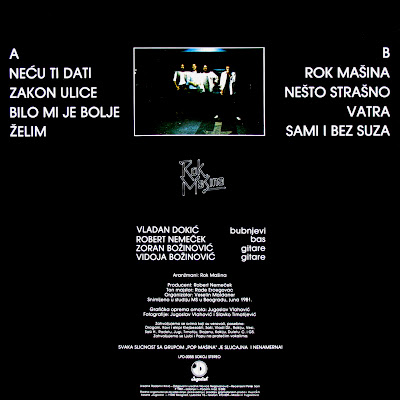 ROK MAŠINA was formed in 1980 by former "Pop Mašina" members Robert Nemeček (vocals and bass guitar) and brothers Zoran and Vidoja Božinović (guitars). Soon afterwards, a former member of the band "Pop Šou", Vladan Dokić (drums) joined the band. They had its first live appearance in 1980, in Zagreb, as a part of the event named "Pozdrav iz Beograda". Soon afterwards the band released the album "Rok Mašina" through Jugodisk record label. Later that year, Dragan Đorđević, a former member of "Generacija 5", replaced Dokić, but at the time of the great popularity of New Wave bands in former Yugoslavia, the future for the band was not very promising, and they disbanded in 1982, while recording their second studio album. (from wikipedia)