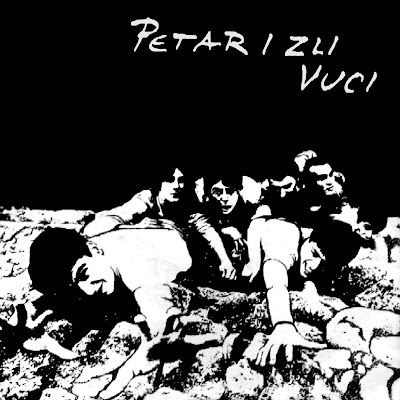 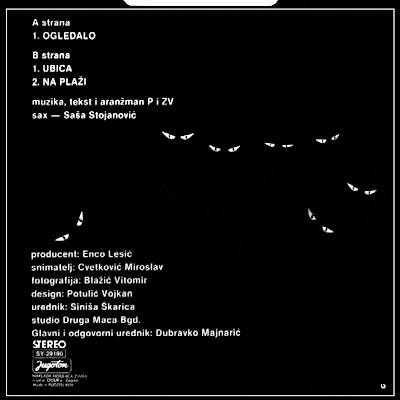 PETAR I ZLI VUCI were a former Yugoslav New wave/ska band from Beograd. During the late 1980s, former "Hipnotisano pile" vocalist Bojan Banović together with a former "Električni orgazam" guitarist Goran Sinadinović founded the band called Petar i Zli Vuci. The idea for the name came from Sinadinović and was inspired by the band-names from the 1960s. Soon after, vocalists Saša Lukić and Milan Popović, guitarist Vojin Jovanović "Voja", bassist Siniša Nojković and drummer Relja Obrenović joined the band. Most of the band members were high school friends from the Eleventh Beograd Gymnasium. The band got the public's attention by numerous club performances in Beograd and Zagreb. Ska style and unique live performances provided the band an opportunity to perform and win the Subotica Youth festival, in May 1981, with the song "Ogledalo". This song, with "Ubica" and "Na plaži" as the B-sides was released on single by Jugoton during the summer of 1981. The single, recorded at the "Druga maca" studio and produced by Enco Lesić, featured guest appearance by a former "The End Band" member Saša Stojanović "Sax" on saxophone. "Ogledalo", with the song "Kozaci", also appeared on the "Artistička radna akcija" various artists compilation, featuring the second generation of New Wave and punk rock bands from Beograd. After the compilation release, Saša Lukić, Milan Popović and Voja Jovanović left the band and Dragoljub Ljubičić "Mićko" (guitar, vocals) became the new band member. The new lineup recorded the single "Moroni" , released on the various artists compilation "Ventilator 202 Demo Top 10" by PGP-RTB in April 1983. The band split up during the same year. (from wikipedia)