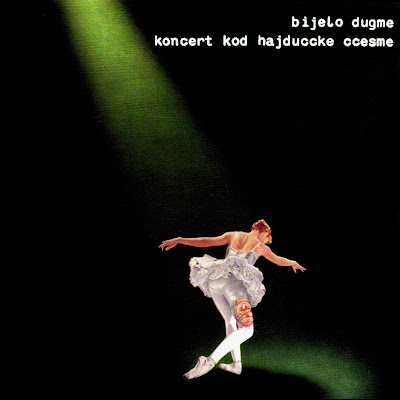 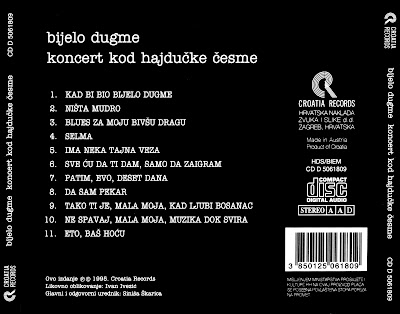 "Koncert kod Hajdučke česme" is the first live release by BIJELO DUGME. The album's title refers to the band's famous concert played before approximately 100,000 people on August 28, 1977 near Hajdučka česma grounds at Košutnjak Park in Beograd, however, the material on the record is only partially recorded at the said event. After disappointingly realizing the concert recording sounded terrible on tape due to technical limitations and the wide open space, the band played another show at "Đuro Đaković Hall" in Sarajevo on October 25, 1977, which is the actual performance heard on the album. In the end, the only part of original Hajdučka česma concert that ended up on the record is the crowd reaction after each song. (from wikipedia)