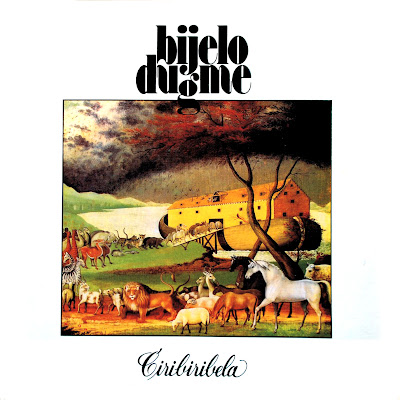 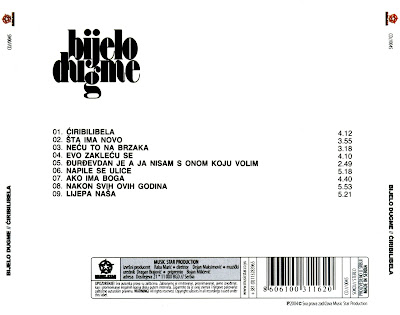 "Ćiribiribela" is the ninth and final studio album released by BIJELO DUGME. "Ćiribiribela" is critically considered to have been Bijelo dugme's best album in their fifteen year carrier. Goran Bregović pushed for softer sound to its fullest on "Ćiribiribela" which is stylistically close to the band's previous studio album "Pljuni i zapjevaj moja Jugoslavijo". "Ćiribiribela" is perhaps best remembered for containing one of Bijelo dugme's best known songs, the traditionalist, brass loaded "Đurđevdan je, a ja nisam s onom koju volim", which became an instant classic upon its release. In contrast "Lijepa Naša", often considered one of the band’s least popular songs, Bregović (who is half Serbian, half Croatian) combined the Croatian anthem "Lijepa naša Domovino" with the Serbian World War I traditional "Tamo daleko" to form the chorus of the song, this proved very unpopular as ethnic tension among the people of Yugoslavia was on the rise at the time which would eventually boil over into full scale Yugoslav wars in the 1990s. (from wikipedia)