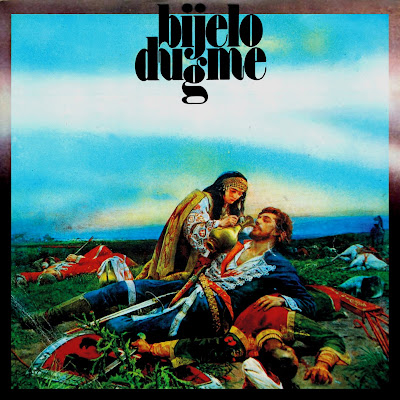 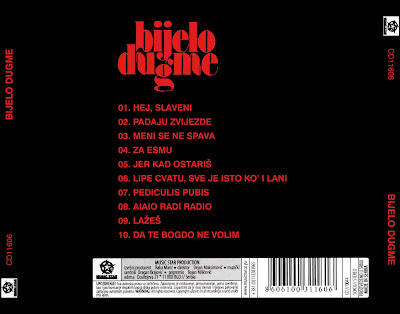 "Bijelo Dugme" is the seventh studio album released by rock group BIJELO DUGME. Due to Bijelo dugme's usage of the famous painting by Uroš Predić for the album's cover the most widely used name for the album is "Kosovka djevojka", despite it officially being a self titled album. "Kosovka djevojka" marks the return of folk music elements most prominent on song "Lipe cvatu, sve je isto k'o i lani" and oriental on song "Za Esmu". The album produced by Goran Bregović was recorded at several locations with Mufid Kosović and Milka Gerasimova as sound engineers. Bora Đorđević, frontman of the rock band Riblja Čorba made a guest appearance in the song "Pediculis pubis", having co-written it with Goran Bregović (Bregović would, in return, make a guest appearance on Riblja Čorba 1985 album "Istina", singing with Đorđević in the song "Disko mišić"). Other guest appearances included, the Croatian folk group Ladarice, the Macedonian gajda player Pece Atanasovski and the folk instruments orchestra of the Radio-Television Skopje and Sonja Beran - Leskovšek who played the harp. It was the group's first album since the departure of former frontman Željko Bebek who was replaced by Mladen "Tifa" Vojičić. Despite his talents, Tifa's stint as Bijelo Dugme's lead singer would be a short one, due to personality clashes, lack of professionalism, and drug and alcohol abuse causing friction between Tifa and the other band members, particularly Goran Bregović who would go on to fire Tifa in October 1985. (from wikipedia)