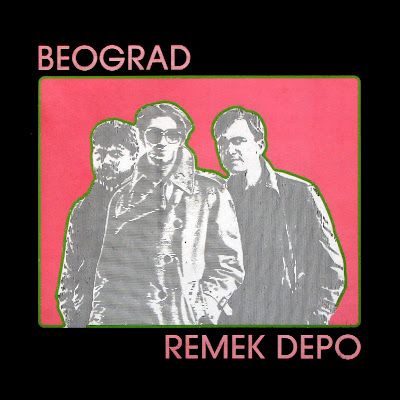 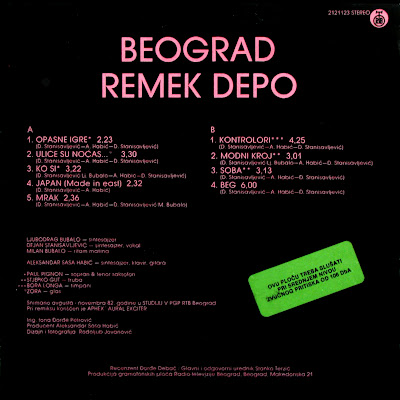 BEOGRAD was formed in Beograd (Serbia) on late 1980 by Slobodan Stanić "Gricko" (synthesizer) and Ljubodrag Bubalo "Ljuba" (bass guitar, synthesizer), the latter being a former Uliks and Rulet member, whom, influenced by Kraftwerk and Ultravox, decided to form a synth-oriented band. The two then invited the Električni Orgazam keyboard player Ljubomir Đukić to join the band, but the deal eventually fell through. During the following year, the duo was joined by Ljubodrag's brother Milan Bubalo "Mića" (rhythm machine, electric drums) and Dejan Stanisavljević (synths, vocals). In the meantime, the band had recorded their newly written material on a four-channel Teac cassette recorder. Beograd had their first live performance at the Beograd's Dadov Theatre where they performed with an additional member who had sequenced the rhythm machine behind the stage. On their latter live appearances, the band continued the trend of adding an additional member, usually the U Škripcu drummer Miloš Obrenović, mainly performing in Dadov and KST. At the time, Stanić had left the band, and after a two month break, the band continued working as a trio. Intending to replace Stanić's playing with music samples, previously recorded by the band themselves, the band used the backing tracks on their live performances. During the Spring of 1982, the band released the first former Yugoslav electronic music single, "Sanjaš li u boji" with the song "T.V." as the B-side. The single, featuring Dejan Stanisavljević as the author of both music and lyrics, arranged and produced by Saša Habić, was released through Jugoton. Because it had been released in 500 copies only, the single is today considered a rarity and a collector's item. From August until November 1982, the band had been recording the material for their debut album at the PGP RTB studio V. The following year, the label released their debut album "Remek depo", featuring a combination of synthpop and brass instrument-oriented soul. The album was produced by Saša Habić and featured saxophonist Paul Pignon, trumpeter Stjepko Gut and timpanist Borislav Pavićević "Bora Longa" as guest performers. The album reached the fourth position on the Džuboks magazine top ten Yugoslav rock albums list on March 1983, and remained on the top ten list for twelve weeks. After the album release, on mid-1983, Stanisavljević left the band and thus Beograd disbanded. (from wikipedia)