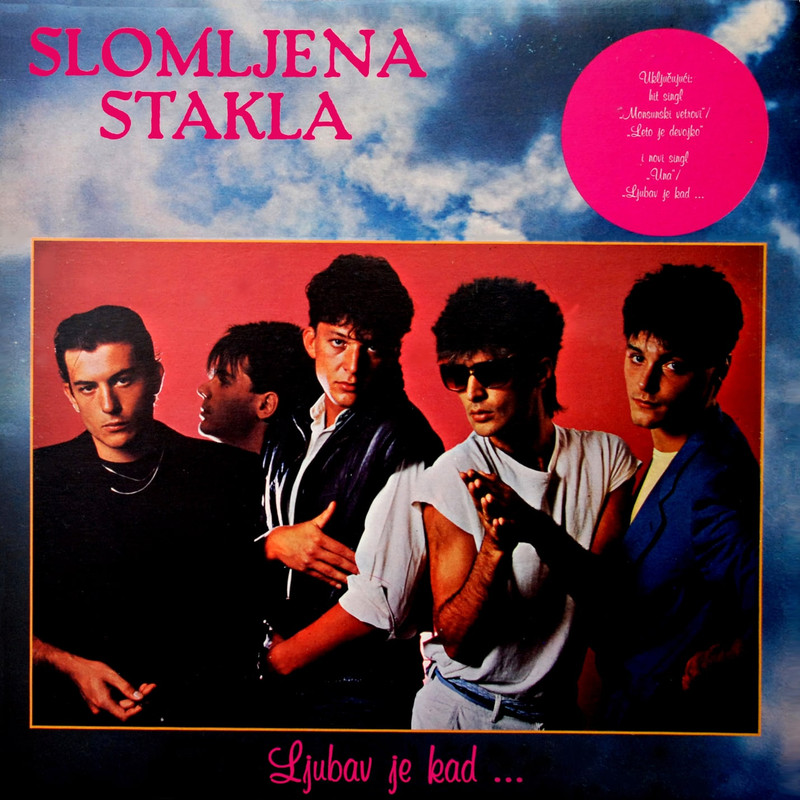 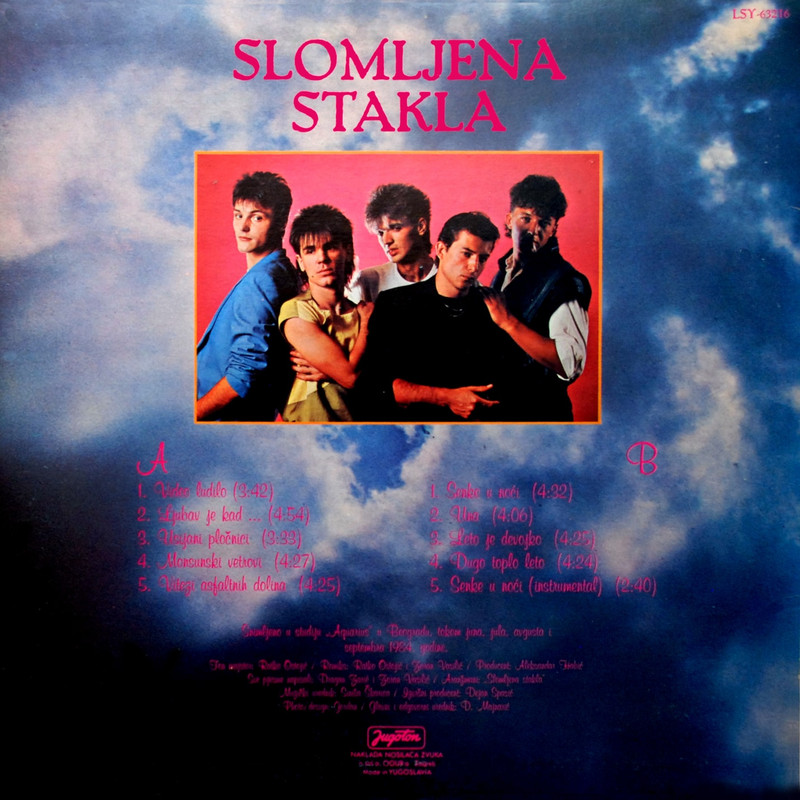 SLOMLJENA STAKLA were formed in 1982, in Beograd (Serbia) by singer and composer Zoran Vasilić. Other members were Mladen Lukač (drums), Milan Stanković "Mika"(keyboards), Dragan Zarić "Zare" (guitar), and Aleksandar Živanović (bass guitar). In the autumn of 1984, after a large number of concerts, the band released their second album "Ljubav je kad...", produced by Saša Habić, through recor label Jugoton. The songs were written by Zarić and Vasilić. The album featured the hits "Una", "Monsunski vetrovi", "Leto je, devojko", the title track, and the instrumental track "Senke u noć". Soon after the album was released, the band was joined by the new bass guitarist, Vladan Vasiljević, and the new drummer, Ivan Ranković. (from wikipedia)