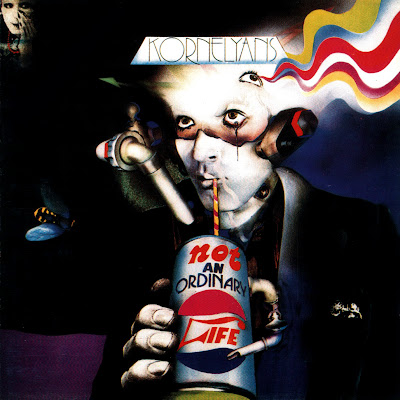 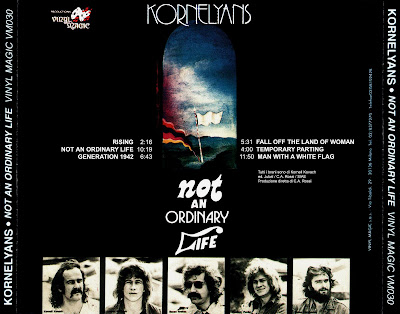 "Not An Ordinary Life" is the second album by KORNI GRUPA (aka KORNELYANS. Album was recorded in Italy with better sound equipment and more careful production. The material ranged from the complex jazzy progressive rock of the title track to the sentimental (but memorable} ballad "Generation 1942". "Fall Off The Land Of Woman" was a re-recording of "Bezglave Ja-Ha Horde" from their first album. This is one of the best Yugoslavian rock albums ever made, really a great achievement. The Italian edition had English lyrics, unlike the domestic release. (from wikipedia)