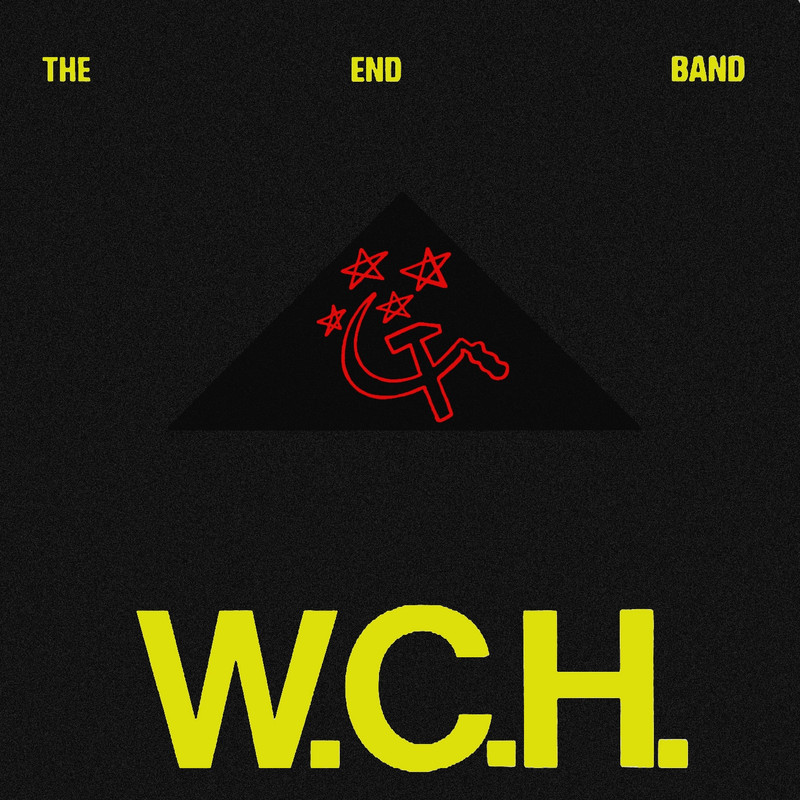 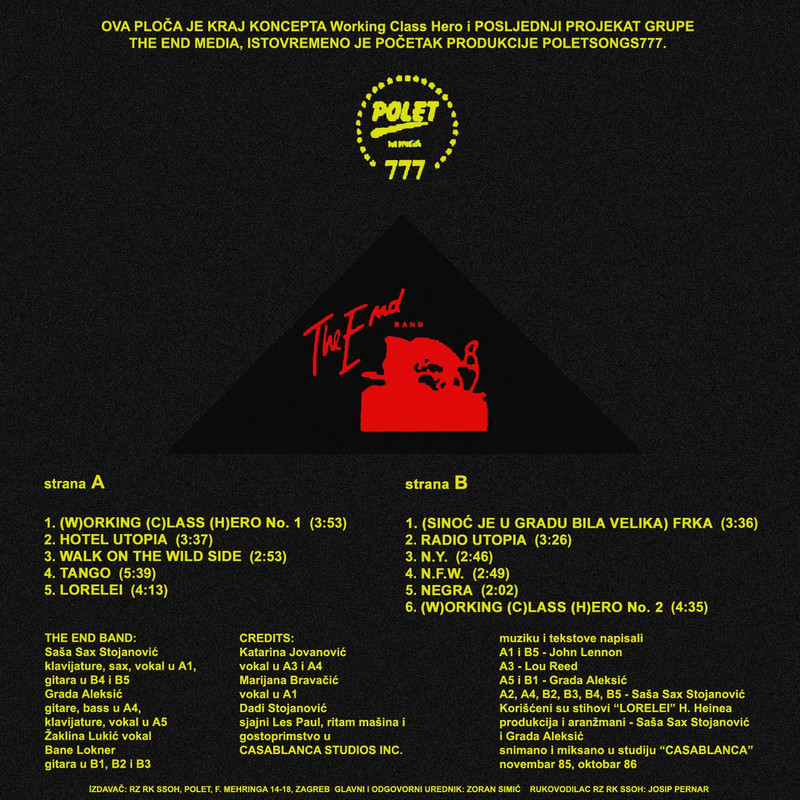 A musical division of 'The End Media' group (Art group focused on experimental electronic imaging and multimedia, co-founded in mid 80s by Gradimir Aleksić) that experimented with a variety of correlations between the aesthetics of video image and sound. They produced four albums of music ("W.C.H.", "Children of the R.", "The Worse of..." and "O' Wari"). The End Band experimented with cable TV and the application of new technologies for Art for TV. First line-up was: Gradimir Aleksić (guitar, keyboards), Saša Sax Stojanović (keyboards, saxophone, guitar), Žaklina Lukić - (vocals) and Branimir Lokner (guitar). Second line up was even stronger with Gradimir Aleksić (guitar), Nenad Vitomirac (drums), Zoran Nakovski (bass) and Dubravka Živković (vocals) (mind-blowing actress-singer). THE END BAND issued double A side single "Children of the R./All Tomorrows P." with pondering rhythm section and provocative singing (CDA, Sarajevo 1988). A year later they published, first in Slovenia and later in Serbia (Rockland) audiocassette "The Worse of..." covering 10 milestones of RNR with anthological 'Sympathy for the Devil' cover. The same year they toured the clubs with their controversial stage acts. In 1989/90 Nakovski and Živković quit The End Band and Aleksić and Vitomirac took 17 years old prodigy child Aleksandar Grujić on bass and vocals. 'The End Band' adopted dark and depressive sound with equal lyrics, predicting the future of their homeland. They rehearsed in old abandoned house for months before entering the studio played by B. Lokner's "Rockland Production". They entered studio "Akademia" in Belgrade for almost six months recording their last album "O'Wari", a collection of deep and dark songs such as 'We Were', 'The House', 'Here Comes the Moon and Wet', to name a few. After series of gigs in the war thorn country they disbanded in 1991 with excerption of participation in LED ART movement, under the name VIA, where they recorder the pure noise soundrack in the cold storages, centrically pushing the limits of physical capabilities of musical instruments and personal strength. 'The End Band' never followed any style or trend, aproaching the scene from the individual angle and silently influencing numerous bands after their time. They are not to be mixed with contemporary Canadian band with the same name. (from discogs.com) - thanks to sveto -