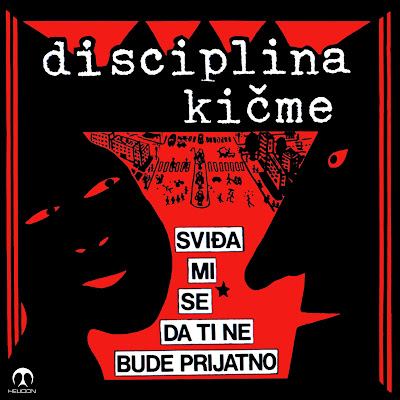 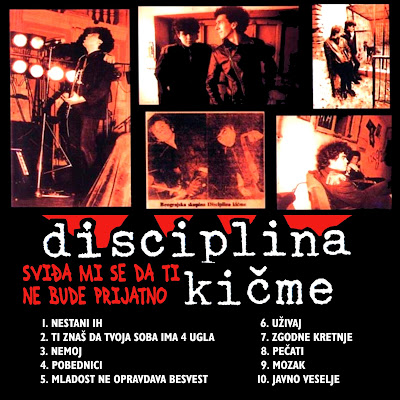 DISCIPLINA KIČME is a rock band formed in 1981, in Beograd, Serbia (ex-Yugoslavia). They were one of the two spin-offs of the seminal new wave band Šarlo Akrobata, musically best described as an aggressive and artistic rhythmic explosion experimenting and seeking out new expressivness. During next 10 years, various additions to basic bass+voice+drums line-up appeared (additional drummer, 2 drummers + 2 trumpeters, sax + trumpet). Band released 7 LPs on the domestic market, constantly toured the country and played festivals in Yugoslavia, Austria and Italy. This is their first album from 1983.