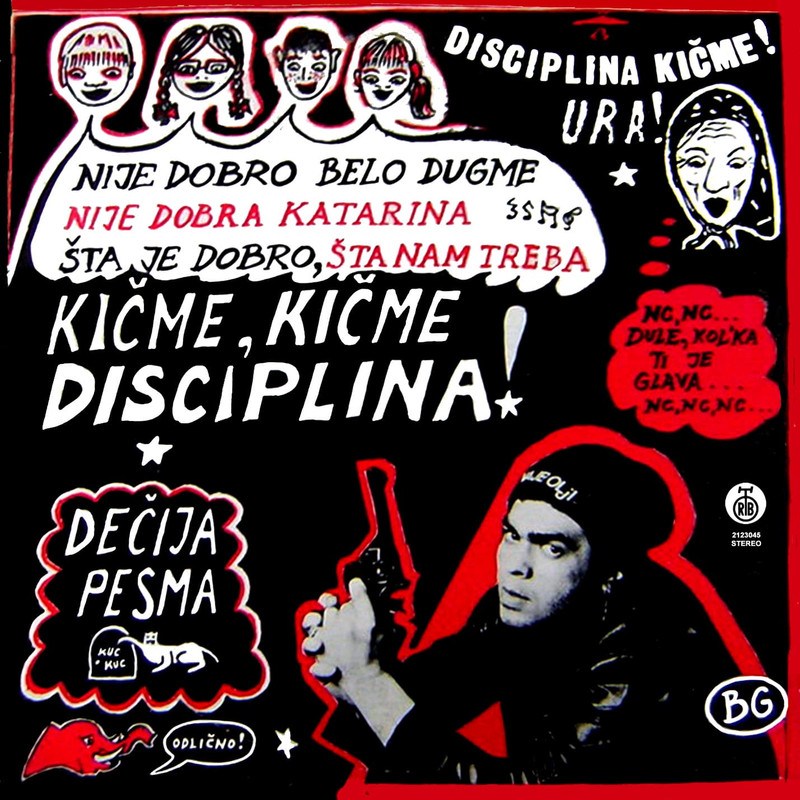 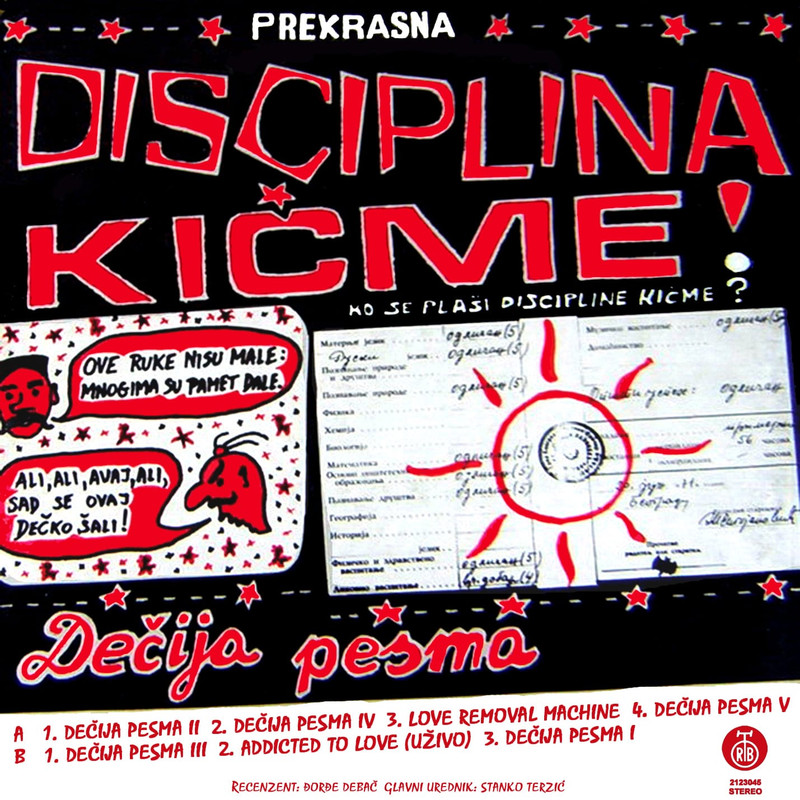 "Dečija pesma" is the fourth album by the Serbian alternative rock band DISCIPLINA KIČME, released by the record label PGP RTB in 1987. The EP features five different versions of the song "Dečija pesma". As guests on the EP appeared YU Grupa guitarist Dragi Jelić, Ivan Vdović "VD", Srđan Todorović, whom by that time was playing in Ekatarina Velika, and Roze Poze guitarist Željko Nikolić. Ironic cover versions of Robert Palmer's "Addicted to Love" and The Cult single "Love Removal Machine", recorded live at the Akademija club, also appeared on the album. (from wikipedia)