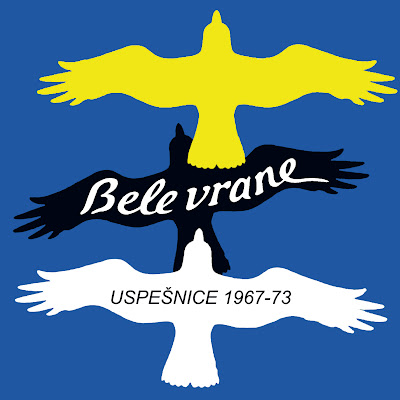 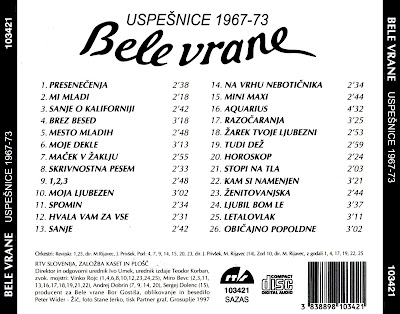 BELE VRANE from Slovenia (ex-Yugoslavia) were very good and influential late 1960s vocal group from Ljubljana who followed mellow pop sound of Mamas and Papas. The fact that slovenian dialect limited their succes in Ex Yu to local Slovenian borders is not really important because for me they were absolutely on the top with the best. At the beginning of 1960s there were few artists who started with rock in Ex Yu and second generation followed shortly afterwards, without exception young urban musicians (mostly students who followed Radio-Luxembourg and its famous pop charts) - in Sarajevo there were "Indexi", in Zagreb "Grupa 220" and "Zlatni Akordi", in Ljubljana "Bele Vrane". From today's perspective this music is still very enjoyable, lots of sunny pop and beautiful harmonies - its only pity that excellent Ditka Haberl (who really had one of the best voices in Ex Yu ever) got only one solo spot ("Običajno popoldne" and guys selfishly took the rest, her song is centerpiece here. In the next decade this group will metarmophose into larger "Pepel in Kri" with Ditka as main vocalist and they will represent Yugoslavia at Eurovision with the song that might be our best entry ever. (from rateyourmusic.com)